The Edge of Darkness (with the Muse) 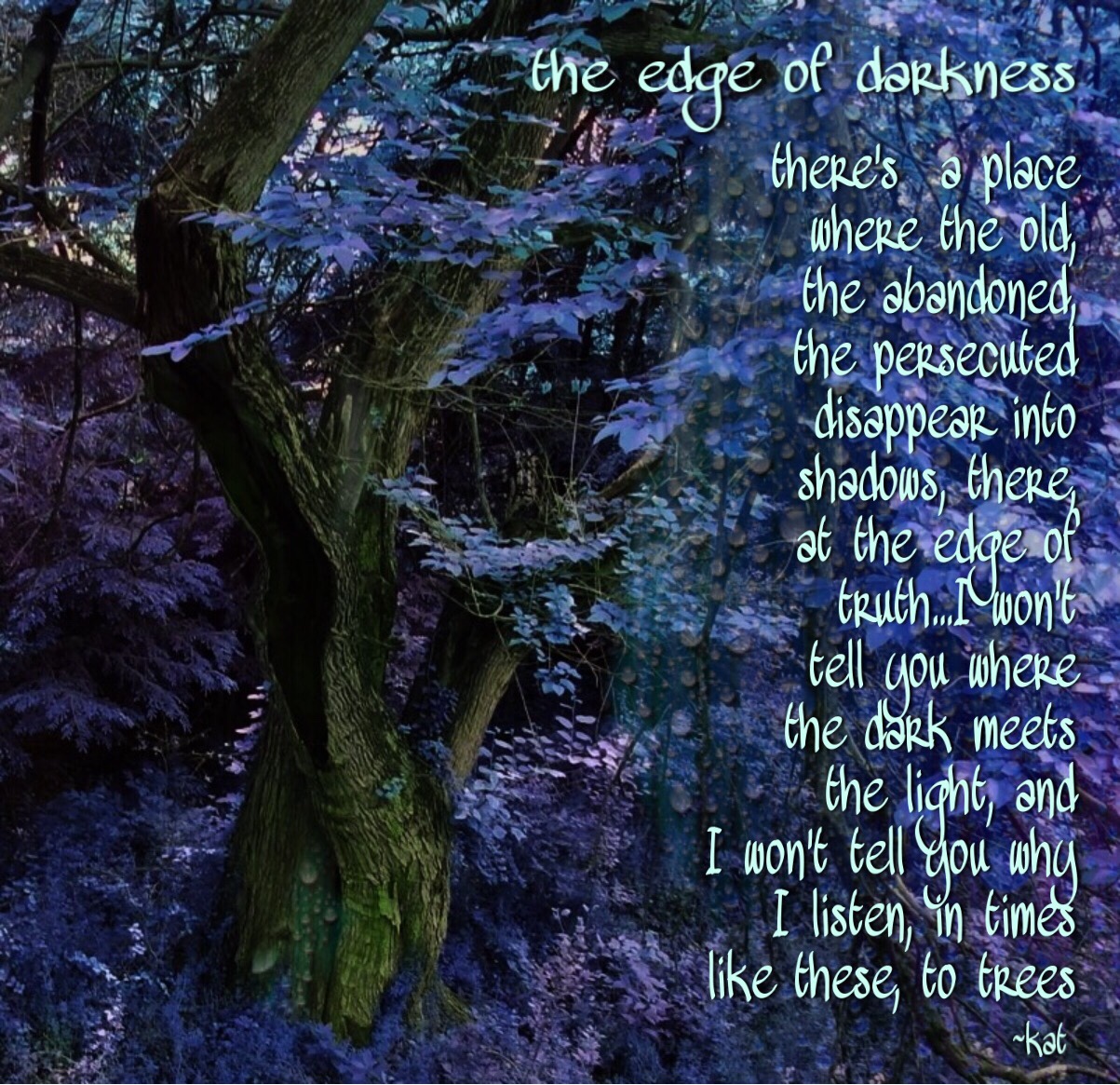 the edge of darkness

there’s a place
where the old,
the abandoned,
the persecuted
disappear into
shadows, there,
at the edge of
truth…I won’t
tell you where
the dark meets
the light, and
I won’t tell you why
I listen, in times
like these, to trees

A Blackout Poem based on today’s Poem of the Day at Poetry Foundation, “What Kind of Times Are These” by Adrienne Rich. The theme on the Muse’s mind, it would seem is all about trees today…and the current state of things. it is so interesting how that happens. I hadn’t looked up the poem of the day until after I had spent time with today’s tetractys and the sapling growing in a bucket in my back yard. Strange indeed.

What Kind of Times Are These

who disappeared into those shadows.

I’ve walked there picking mushrooms at the edge of dread, but don’t be fooled
this isn’t a Russian poem, this is not somewhere else but here,
our country moving closer to its own truth and dread,
its own ways of making people disappear.

I won’t tell you where the place is, the dark mesh of the woods
Meeting(s) the unmarked strip of light—
ghost-ridden crossroads, leafmold paradise:
I know already who wants to buy it, sell it, make it disappear.

And I won’t tell you where it is, so why do I tell you
anything? Because you still listen, because in times like these
to have you listen at all, it’s necessary
to talk about trees. 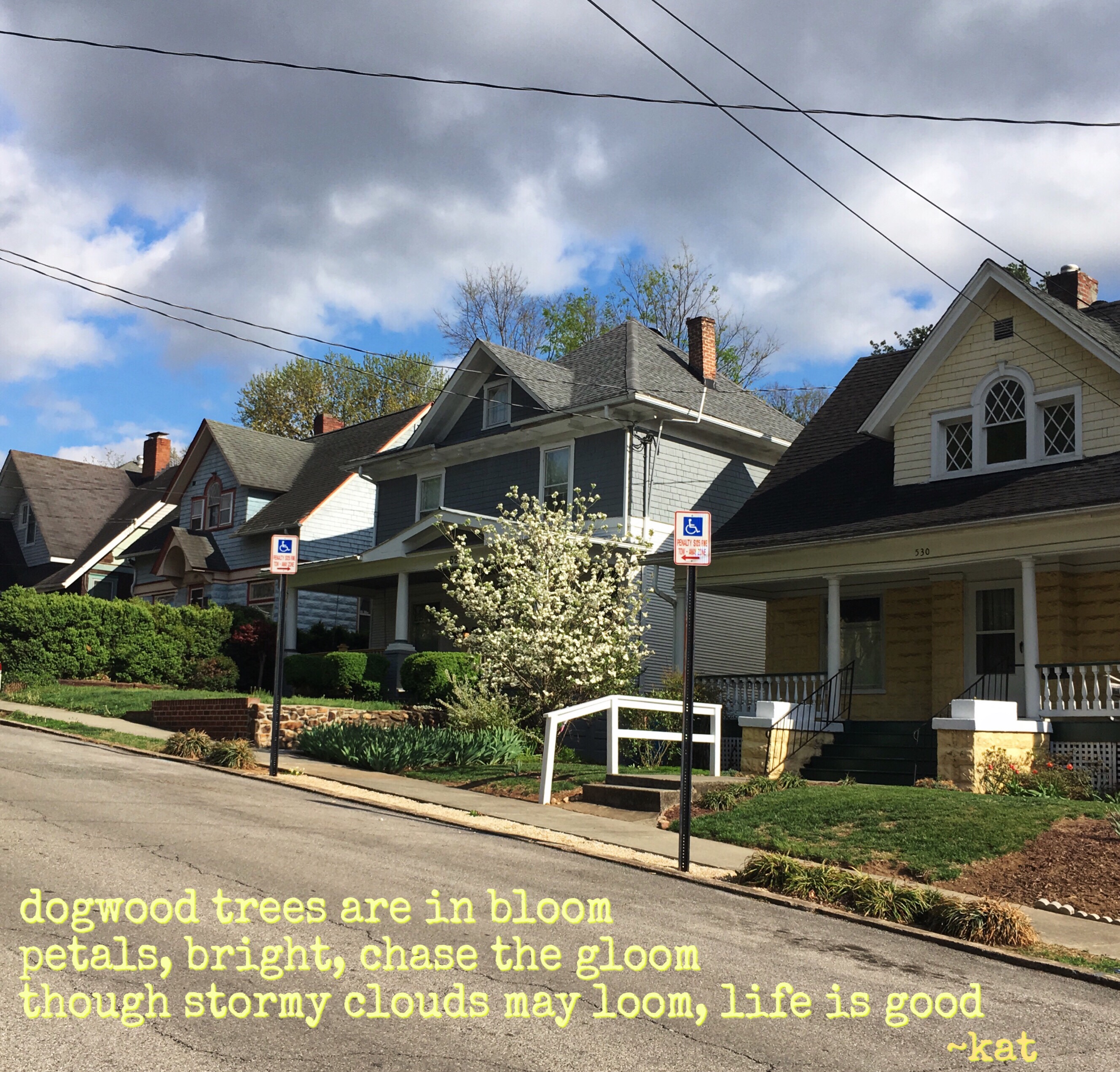 dogwood trees are in bloom
petals, bright, chase the gloom
though stormy clouds may loom, life is good

Florescence Day 20 for Jane Dougherty’s Daily Poetry Challenge. Today a look up the street of my neighborhood…at the dogwood blooming. My favorite tree along with the Magnolia. Have a happy Friday everyone!