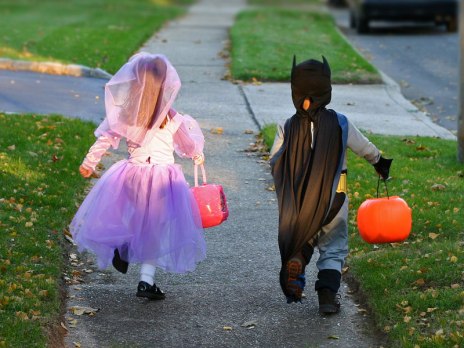 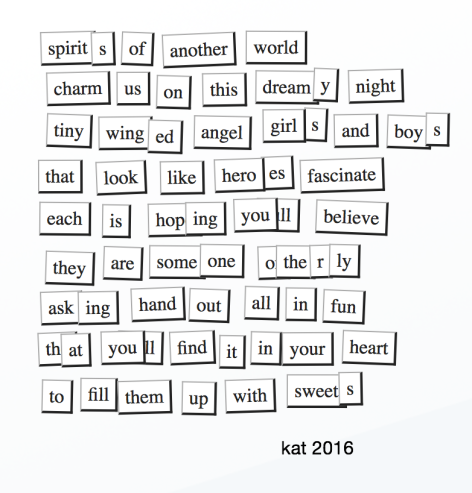 spirits of another world
charm us on this dreamy night
tiny winged angel girls and boys
that look like heroes, fascinate.
each is hoping you’ll believe
they are someone otherly
asking, hand out, all in fun
that you’ll find it in your heart
to fill them up with sweets

it can be tricky
pranksters love tomfoolery
but…payback’s a b!tc#! 🙂

Illustration for “A Christmas Carol” by Frederick Simpson Coburn circa 1900

Henry lied. He didn’t have an early appointment. He needed time to think, to wrap his brain around the strange things he was feeling. It wasn’t just base attraction. Oh, she was certainly a lovely young woman and her damned determination was rather charming, as well as infuriating. Why did she get under his skin? When he looked at her eyes it was like looking into her soul, strangely familiar, as if they had known each other for an eternity. Henry stewed over this all the way to work in his usual brooding fashion, but once he arrived there was something about his preoccupied, less aloof demeanor that turned the heads of his co-workers.

“Getting an early start, eh Henry?”

“Yes, it appears I am. Good morning Charles.”

Charles stood up from his desk approaching him, “Is everything alright Henry?”

“Fine. I’m fine. It was that damned storm last night. Lightning struck several of my trees catching them on fire. Luckily, the neighbors, my housekeeper and I were able to stop it before it reached the house. I did not get much sleep as you can imagine.”

Charles was not accustomed to Henry being so chatty. His normal reply would have simply been, “Fine. I’m fine.” Clearly, there was something more going on. “Ah yes, the Gordons. I know your neighbors. Nice people. I’m glad you were able to contain that fire. Nasty storm it was. We lost a shutter and a few shingles at our place.” Enough with the chitchat, thought Charles,”and what is this about a housekeeper? When did you employ a housekeeper?”

“I didn’t. It was my sister Helen. Always inserting herself into my affairs.”

“You have a sister?”

“Two, and a brother. I’m the youngest. At any rate, she claims she was protecting her interest in the house. It belonged to our parents you know, and their parents before them.”

Other staff members were leaning toward the conversation now, ears tweaked to catch every detail. Charles, the office gossip, was relishing his role as grand inquisitor. “And, how is that working for you? The housekeeper. I know I’d be furious if one of my siblings hired someone, a stranger, no less, and moved them in right under my nose!”

Henry softened, “Oh Helen meant well. And I must admit, she was right. Having Hannah manage the household has been quite helpful.”

“Hannah you say? Is that your housekeeper?” Charles pressed for more.

“Yes.” Henry noticed that the room had grown quiet and that he was the center of attention. “Well, I best be getting to work.” He darted past a sea of raised eyebrows, slid into his chair and fumbled through a pile of paperwork.

Charles strutted back to his desk nodding at several co-workers. “There is much more to Henry’s story,” he thought, “and I am just the person to pry it out of him.”

Henry kept to himself for the rest of the day. Each minute crept excruciatingly into hours. All he could think about was getting home. Home…where she was waiting.

To read previous installments of this series click HERE. And as always a shout out to Jane Dougherty who helped me launch this story based on her inspiring microfiction prompts. 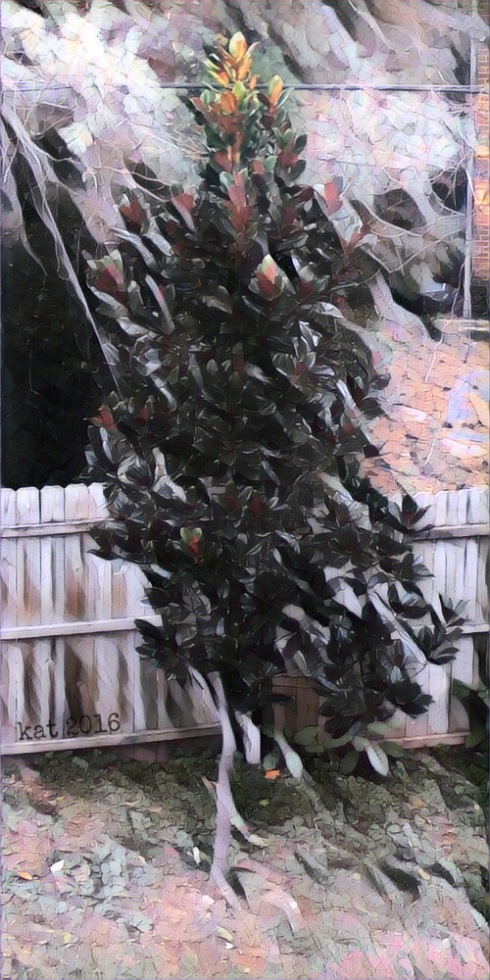 Happy Sunday. Again this week’s Shi Sai is the perfect snapshot of the week that was. More ugly came out of the shadows rearing its snarling oppressive self in the world politic, but an amazing thing happened. People once ensorcelled by the droning spin started to wake up, started to speak up and declare, “it’s not okay,” “words matter” and “decent people don’t talk like this, or act like this.”

Oh there are still some mesmerized by the extravagant display of privileged unfettered power. Some who believe that words don’t matter, who’ve forgotten what it means to be a united people where everyone matters.

But somehow, even though the latest raging rants cut a little deeper, the truth found a way, like healing balm, to expose the ugly for what it is. And that gives me hope.

Have a wonderful week, breathe deeply and press toward the light! ❤️

how she presses toward the light
Finishing a poem.
always breathe
the sand shifts,
might look you straight in the eye,
it’s impossible
it can break a heart,
so he scanned each face in the crowd…
(She) closed her eyes, breathing deeply, losing herself in the musky aroma of damp earth that filled the air
‘midst the thorns she thrives ascending
like moths to a flame
they were ensorcelled
we choose our poison
dark coffee in a porcelain cup,
but only from dusk to dawn.
~kat

The Shi Sai, (formerly known as a ReVerse) is a new form I came up with during Poetry Month in April 2016. I’ve actually been writing shu sai for years but was inspired to give it a proper name. It is a poem created by taking one line of verse from several poems of an author’s own collection. The shi sai is done as a review of a series or collection of poems and therefore, each line should flow in chronological order of the dates the poems were written (from oldest to new). The lines chosen should be the author’s favorite from each poem. This form works best if the author resists the temptation to read the full new poem before all the verses have been added. (It helps one to resist the impulse to change a line to make it “fit”.