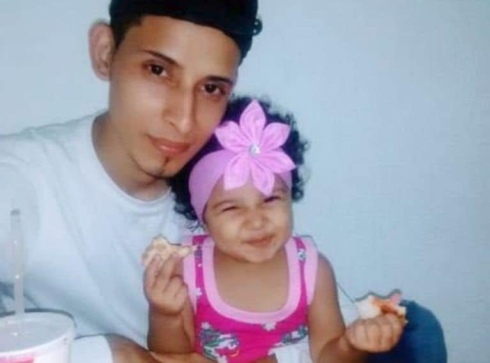 a good father
loves his children
nurtures them, protects them from harm

a good father
is willing to die for them
to scale mountains, and sometimes rivers

woe to the nation who shutters their gates to goodness

(Dedicated to the good father we failed this week…Oscar Alberto Martínez Ramírez and his nearly 2-year-old daughter, Valeria.)

The elements of the Sevenling are:
1. a heptastich, a poem in 7 lines made up of 2 tercets followed by a single line.
2. metered at the discretion of the poet.
3. unrhymed.
4. composed with 3 complimentary images in the first tercet and 3 parallel images in the second tercet. The end line is a juxtaposed summary of the 2 parallels, a sort of “punchline”.
5. the poem should be titled “Sevenling: (first few words of poem).

Like Loading...
This entry was posted on Wednesday, June 26th, 2019 at 10:27 pm and tagged with Challenge, digital art., June, Poem a Day, Poetry, Sevenling and posted in Challenges and Writing Prompts, Digital Art & Photos, Poetry, Random Thoughts and Musings, Sevenling. You can follow any responses to this entry through the RSS 2.0 feed.
« Sevenling (whirlwinds) – 25 June 2019
Sevenling (remember) – 27 June 2019 »