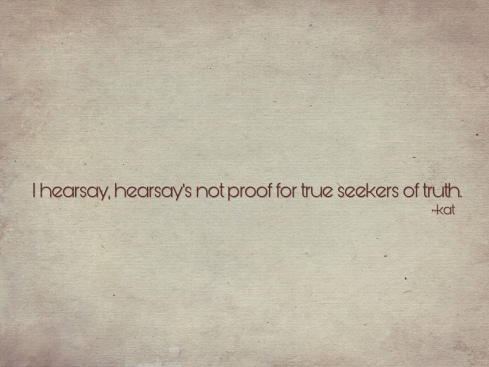 It’s been an exhausting week. Without planning it, today’s ReVerse sums it up quite well. Too well.

Oh I know there are those who see the culmination of this week’s events as a victory. It’s why they voted for trump after all, knowing full well what a misogynistic, racist, greedy, narcissist he was. He was a means to an end. This end. The highest court of our land is now stacked in their favor. It’s a gift from their god, surely. The one who judges and condemns women, minorities, foreigners, the poor, the sick, children, the weak. Yes, that god, praise Jesus. They are reaping the just rewards for their idolatry. One step closer to the heaven on earth they dream of and pray for each night.

I know you’re thinking, tell us what you really think, Kat. Ha! Am I right?!

Well, I’ll tell you. What I really think. What I know. The god they so piously claim to worship? He is not god…his son is not Jesus. The Jesus I know loved the outcast, the sinner, the poor, the weak. He gave women a voice and included them amongst his disciples. He listened to them, confided in them. It was a woman he first appeared to when he returned. If you believe in the stories written about him. It’s okay if you don’t.

I’ll admit I do not believe in the god of those who call themselves christian. I stopped warming a pew long ago. I could not stomach the lies, self-righteousness judgment, and hate that spewed from the pulpit and festered in the hearts of loyal congregants who gratefully thanked god, their god, for saving them from being like… well, you know, us…the others…the fallen…the lost.

In fact, I feel lost right now. I like to think that there is a god somewhere who cares. That Jesus is real. That all the sages of the ages who speak of love and mercy and forgiveness were on to something. That there is a god who asks us to love one another, to help the foreigner, to visit the prisoner, to feed the hungry, to heal the sick, to welcome the outcast…because that’s the kind of god he (or she) is. Yeah, that would be a god worth following, worth believing in.

As I write this I am sitting on my porch in the cool darkness listening to crickets and city sounds droning in the distance. I think about those who are suffering tonight. Those who were hurt this week. Those whose memories of injustice were dredged from the darkness, laid bare, and trampled upon by those who are celebrating a win this weekend. My heart breaks for us all, and I know I am not the only one who feels this way. And that gives me hope. I still believe in the goodness of those of us who feel. I believe in that spark of compassion that I see in those around me. God may not be some white haired dude sitting on a throne smiting the unchosen after all, but I’m more than okay with that. I see god in the gentle, the compassionate, the weak, the outcast, in all living, breathing things; I feel god in the wind. I can believe that god. The one who is. I can believe in us. I can believe in you. There you are. I see you.

i rise like air
listen…there is birdsong
I hearsay, hearsay’s not proof for true seekers of truth
silence
no one would know
weaving threads of silken lace she lies in wait and waits
face toward the light so shadows fall behind, out of sight
death interrupts our planned existence in an instant
trust is fragile, easily lost, regained at great cost
when justice declares her verdict…
saying you believe, but…reveals a mind that is shut
She was a bitch.

Like Loading...
This entry was posted on Sunday, October 7th, 2018 at 9:34 am and tagged with digital art, Poetry, ReVerse, Shi Sai, week in Reverse, Week in Review and posted in Digital Art & Photos, Essays, Poetry, Random Thoughts and Musings, Reverse Poem, Shi Sai, Social Issues, Spirituality, Week in Review. You can follow any responses to this entry through the RSS 2.0 feed.
« Princess – A Six Word Story
Lady of the Pines »