Solar-Eclipse by Kesie91 at Pixabay.com

The nerve of that pebble of a satellite! She actually thought she could step in between me and my worshipers. Did she really think she could blot out my brilliance?! That little twerp with her crater-pocked face and cold lifeless core; who does she think she is? She only shines at night because of me! Everyone knows I am the greatest star that has ever blazed from the center of a universe. In fact, (and I know facts, believe me) I am the greatest star in the history of all the universes combined! No one knows how to work the planets like I do. Every time I turn, they orbit around me. They can’t help themselves. That’s how great I am.

So now I hear old pock-face is planning a coup. It won’t last, of course. I could send out a solar flare, the likes of which the universe has never seen, with such fire and fury that electronics would die and electrical grids would blow out, and everyone would still worship me. Only I get to decide when things go dark on the faces of my planets.  So, this little eclipse thing won’t amount to much. That two-faced lunatic might make headlines for a day with this stupid stunt of hers, but she’s a fake. She’ll drive you crazy if you let her.

So, don’t worry. I’ll be back in a very big way, brighter than ever, heating things up in ways you never thought possible. It’s gonna be great!

look toward the light,
to candles in the darkness,
stars in the night sky,
to reignite hope’s embers
before they fade into dust

For Colleen Chesebro’s Weekly Poetry Challenge. This week I am doing a Haibun-Tanka-Haiku combination inspired by the prompt words, shadow and light. Have a wonderful light-filled week. 🙂 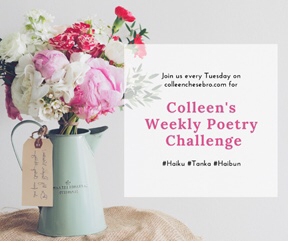 Like Loading...
This entry was posted on Tuesday, August 22nd, 2017 at 11:30 am and tagged with Challenge, eclipse, Haibun, Haiku, Poetry, politics, Tanka and posted in Challenges and Writing Prompts, Essays, Haibun, Haiku, Random Thoughts and Musings, Social Issues, Spirituality, Tanka. You can follow any responses to this entry through the RSS 2.0 feed.
« Twittering Tales #46 – 22 August 2017
The Shore »