This story is in response to Friday Fiction with Ronovan Writes:

February 5th is National Wear Red Day or Shower With a Friend Day. There are much more serious International Days the 5th is set aside for, but the challenge at this point in its growth is not a place to explore those quite yet. Although I’m not stopping anyone. If you know of another National/International Day you want to write about this week, go for it.

This is part two then, to last week’s story. If you would like to read that first, you can click HERE for the link. 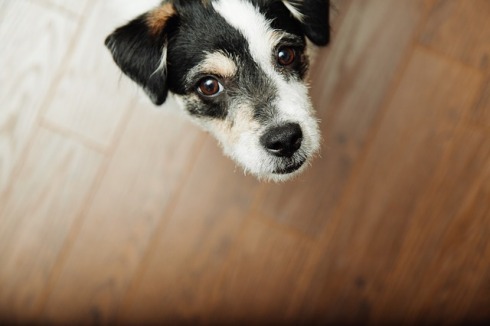 “I’m getting too damn old for this,” Leonard muttered, tossing the Kevlar vest into his locker, glancing for a second at her picture taped inside the door.

How many more times would the odds let him win? That whole “Save the World” crap was pretty exciting seventeen years ago when he was young, invincible and single. But now there was Jen to consider. This last assignment was the closest he had ever come to losing.

Leonard met Jen three years earlier in a grocery store parking lot. She had dropped her phone. When she turned to retrieve it she let go of the shopping cart. Leonard, of course, sprung into action, grabbing the run-a-way cart just seconds before it rammed into a parked squad car! She was impressed and he was smitten by her sparkling blue eyes and fiery red hair. When she agreed to have coffee with him he never looked back.

But there would always be this secret between them; the truth that he wasn’t an analyst in an engineering firm. He hated lying to her. Hell, he was just lying to himself thinking he could have a normal life.

He and Tom finished their debrief as the sun was rising.

“It’s been real Tom! See you next time I need a serenade!

Tom smiled, tipping his Yankee’s cap, “See you on the flip-side Leonard!”

The house was dark when he arrived, a hint of cinnamon in the air. “Jen’s been baking again,” Leonard smiled. He loved that about her.

The click-clack of Chauncey’s nails on the hardwood floor greeted him. “Hey there buddy,” Leonard scratched the pup behind the ears. “Shhhhhh, you’ll wake your mama.”

Leonard left his shoes at the door and slipped into the bedroom. Jen’s soft breathing warmed the darkness. Her long red hair cascaded over her face and draped across his pillow.

She stirred as Leonard sat on the edge of the bed. “Hi Lenny. I didn’t hear you come in. What time is it?”

Leonard glanced at the clock on the dresser, LED lights flashing. He winced, “Did we have another power outage?”

“Just a surge. But you know me and electronic thingies.” He knew. He loved that about her too.

“It’s about 7 am.” He leaned in dusting her forehead with a soft kiss.

“Yes! You do know what day it is…” Jen’s eyes flashed, her mouth curling into a playful grin.

“I do?” Crap! Leonard panicked. What did I forget? A birthday…an anniversary?

Sensing his discomfort, Jen giggled and blurted, “It’s National Shower With a Friend Day silly! We must celebrate!”

Leonard beamed, leaning in deeper slipping his arm underneath her, pulling her close. “Yes ma’am! We definitely must…celebrate!”

He gazed into Jen’s eyes. As they softly closed, her lips pursing in anticipation of his kisses, he thought. “Maybe it’s time to consider that desk job.”

This photo is from Shutterstock.com

“I’ve heard there was a secret chord. Its harmonic resonance opens the gate of the fortress. If we can crack the code, maybe we can get inside before it’s too late.”

“You’re an idiot! Might as well play a swan song. Kiss your ass goodbye. It’s hopeless!

“Well, I have to try. The fort was built in 1856. Chromatic mediants were a common chord progression. I could start in the key of C Major and proceed into its diatonic mediant and submediant, E Minor and A Minor.

Tom used an electronic keyboard to play the haunting chord sequence. Nothing happened. He tried another sequence and another and another. Leonard leaned against the stone wall.

“Shut up! I have a few more sequences I can try.” Tom played furiously, fingers trembling.

Suddenly, the latch burst open, its force shifting the massive door ajar. Leonard tumbled to his ass dropping his cigarette.

Leonard rushed the chamber where the bomb ticked, red LED numbers flashing, 50…49…48. He located the red wire, giving it a swift clip.

It was over by the time Tom arrived. He dropped to the floor next to Leonard. “Maybe I will have a cigarette. What is it you were saying about swan songs?”

Leonard growled at Tom while offering him a light.

“I know a few swan songs Leonard. I can play one for you if you like. But you don’t really care for music, do you?”

A Flash Fiction Story for RonovanWrites Friday Flash Fiction Challenge. This week’s prompt:
-Use the first line of one of your favorite song and begin your story with that line. (REQUIRED)
-Word count of no more than 300. (STRONGLY SUGGESTED but I don’t want you to let it get in the way of creativity.)

My inspiration comes from the song “Hallelujah” by Leonard Cohen. I used the first line as required and borrowed my favorite line from the song for the end of my story, adding a bit of irony.  🙂