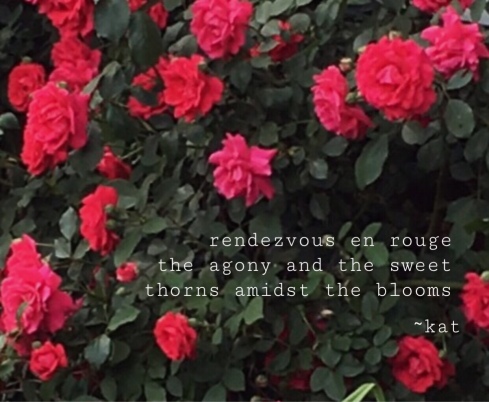 I’m sure there is a message somewhere in today’s ReVerse. In fact, I can feel it. Several of the verses are lifted out of my daily stanzas. This month I have chosen as my daily theme, the stories of my ancestors.

Fast forward to 2018. If one reads the lines below, taken out of context as a whole, applied to the present time, I think the lesson is clear, if not a bit cliché. “Those who cannot remember the past are condemned to repeat it.” We have heard this saying over the years. It is coined to make a point, especially when things feel out of whack and off the progressive course, where leaving things better than we inherited them is being derailed by our worst selves. The quote is in fact attributed to George Santayana (16 December 1863 in Madrid, Spain – 26 September 1952 in Rome, Italy) who was a Spanish-born, philosopher, essayist, poet and novelist. He lived in America from the age of 8, though he never become a citizen, and established himself as an esteemed professor in the philosophy department of Harvard where he himself graduated. Never married, he return to Europe later in life. The quote above can be found on page 284 of “Reason in Common Sense” the first volume of five from his greatest work, “The Life of Reason”. In its entirety, it is “sometimes considered to be one of the most poetic and well-written works of philosophy in Western history.” (According to Wikipedia)

If we take an honest look ourselves in the mirror it is easy to see that we are doomed, so to speak for ignoring our history while at the same time clinging to an idealized version of it. Yes, a reread through the lifted lines from the past week’s work below makes it perfectly clear. Though we have sought to amuse ourselves by stumbling down into a rabbit hole, we are now discovering that it is, in fact, a black hole in disguise. We do seem to be imploding. So sad, but perhaps needed in order to set us back on track. Have a great week. I’ll leave you with this poem from George…

There may be Chaos still around the World

There may be chaos still around the world,
This little world that in my thinking lies;
For mine own bosom is the paradise
Where all my life’s fair visions are unfurled.
Within my nature’s shell I slumber curled,
Unmindful of the changing outer skies,
Where now, perchance, some new-born Eros flies,
Or some old Cronos from his throne is hurled.
I heed them not; or if the subtle night
Haunt me with deities I never saw,
I soon mine eyelid’s drowsy curtain draw
To hide their myriad faces from my sight.
They threat in vain; the whirlwind cannot awe
A happy snow-flake dancing in the flaw.

around the time when separatists sought freedom
was his name, a roving love philanderer
we sipped tea here, from porcelain cups with pink roses
penned in history’s tomes the story of a clan
came on horseback through the town, they say, naked
some city folks pot bright flowers in their concrete spaces.
are we there yet
but what of peace…love
makes his bed, alive for centuries, not dead
hence ended by his bastard son, poor fellow
After days of sweltering heat, even the seashore was little relief to beach-goers…
cast time in shadows
rendezvous en rouge
that most of us will fade into obscurity…
she is not whispering
i have loved like a fool

Like Loading...
This entry was posted on Sunday, August 12th, 2018 at 8:53 am and tagged with digital art, Poetry, ReVerse, Shi Sai, week in Reverse, Week in Review and posted in Digital Art & Photos, Essays, Poetry, Random Thoughts and Musings, Reverse Poem, Shi Sai, Week in Review. You can follow any responses to this entry through the RSS 2.0 feed.
« Saturday with the Muse
August – Stanza 12 »