If you accept the challenge, be sure to let me know in the comments with a link to your tale.

I will do a roundup each Tuesday, along with providing a new prompt. Have Fun!

Twittering Tales #20 – The Round Up

You all wrote some fantastic tales for last week’s photo prompt. Here’s the line up! This week we had break ups and break downs, alien invasions, loss, desperation, intrigue, mystery, art…oh the drama! Thanks everyone for having such a good time with this one. Hope to see you next week! 🙂 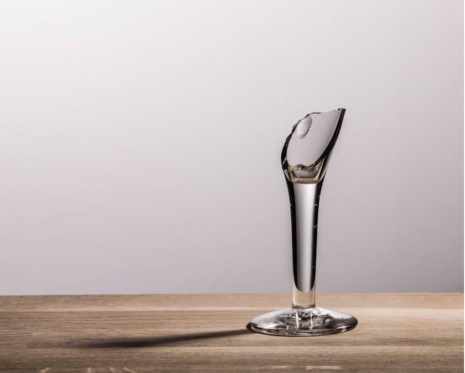 Trust Betrayed
Tired of his shallow, twisted excuses, she became angry.
Hurling the goblet to the floor she screamed,
“Go! I never want to see you again!”
(139 characters)

I carried it around the world, through every customs place imaginable, and as fate would have it, I dropped it out of the box at home. Ugh!
(139 Characters)

She held her wrist inches above the glass. “God, please someone help me!” she pleaded. The door opened slowly, as tears streamed down. “Mom?”
(141 Characters)

She is like a broken wine glass; the stem remains, but her mind, the bowl, is gone.
(84 characters)

The reception committee paused, champagne untasted, as the aliens munched through their coupes before starting on the silver cake stands.
(137 Characters)

‘Darling, you know I can’t attend these dos without a glass in my hand!’
‘Does it have to be full? Hang on, I have the perfect solution.’
(136 characters)

Romantic dinner, I’m the only one for you? Liar. Your turn to hurt now. Cheers
(79 Characters)

Wow geeta! You sketched it with perfection. I must say,”Amazing 3d art dear..!” And here goes my caption “A bit of optimism -Last hope”
(135 Characters)

Jim was the container to hold her joy in life. He disappeared. The base was intact. She just had to drill a hole, for happiness to re-enter.
(140 Characters)

The tone of her voice hit him like a punch. It sounded like she wasn’t talking about the glass anymore.
(140 characters)

The magic flute was no more.
It had refilled itself with champagne for the last time.
Paula had savoured, slurped, then sloshed.
Both smashed!
(140 characters)

You’re late. Again.
I’m here now. Happy anniversary.
She could smell cheap perfume. As he leaned towards her, she hurled the champagne flute.
(139 characters)

There are no fingerprints. It is washed. There are slivers still in the flesh of his throat, He cannot, they cannot, say who struck the blow.
(141 Characters)

and I started everyone off with this…

“I will never forgive you!” she cried. “It was my grandma’s.”
“I’m so sorry,” he lamented. He knew she wasn’t crying about a broken glass.
(138 Characters)

First off, WHAT IS THIS? Haha! Just kidding. I love antiques. But I must admit, I remember plunking on a modern version of one of these. And then I remember getting really excited when they became electrified. Of course many were over the moon over word processing machines…not quite a computer…where you typed on a keyboard and the words showed on a tiny screen instead of paper. No more carbon paper to make copies or chalky correction tape, no more messy typewriter ribbons. It was fabulous. My, my how far we have come. Anyhow, I like this photo because there is a bit of text on the paper in the typewriter. Your challenge…if you like…write a tale that continues the line typed on the paper. Or just let yourself go like I did and write what first pops into your head. Words, words, words swirling around in our heads…whatever shall we do with them! Have Fun! 🙂

The former owner of the old house was a writer. Ten years after his death he finished his novel. The author’s name? Ghostwriter, of course!

Like Loading...
This entry was posted on Tuesday, March 14th, 2017 at 1:19 am and tagged with 140 characters, Challenge, Flash Fiction, Photo Prompt, twittering tales and posted in Challenges and Writing Prompts, Essays, Flash Fiction, Random Thoughts and Musings, Twitter Tales. You can follow any responses to this entry through the RSS 2.0 feed.
« Blue
Light – A Haiku »