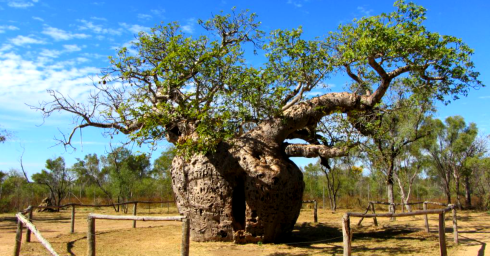 Emily remembers the day she heard the ancient dreamtime story. She was working the night shift at the nursing home. Her favorite part of the shift was snack time. She would visit each resident with a tray of crackers and cheese or fruit and a selection of herbal teas, water or milk. It was during these nighttime visits that she got the opportunity to have a seat and rest herself.

Each person shared the most wonderful stories. There was Mr. O’Malley, a retired security guard whose beat ran along Chicago’s South State and Van Buren streets during the burlesque era of the 1950’s. His most treasured memory was the night he glimpsed Gypsy Rose Lee through the front window at Minsky’s. And then there was sweet schoolmarm, Miss Lucy. Never married, she always had an anecdote to share about one of her students, many of whom she had followed over the years, some quite famous.

But of all the residents, Mrs. Charlotte Jones was Emily’s favorite. Mrs. Jones had traveled to Chicago from Australia to live with her daughter and her family. She came to Shady Grove Nursing Home after taking an unfortunate spill on an icy patch that resulted in a broken hip. Here she received more intense care and rehab than her daughter was able to provide at home.

In retrospect, Emily often wonders if it was the full moon that night or the rain and wind hissing outside the window. There was an electricity in the air the moment she entered Mrs. Jones’ room. Emily was always cautious not to share any personal information with the residents, but on this night, she broke her own rules.

“Hello Mrs. Jones, did you have a nice visit with your family this evening? I think it is just lovely to see how close you all are. You are very fortunate.”

“Hey, how ya goin’ love? Yep, it was heaps good. What about you Emily? Do you have any ankle biters at home?”

“Oh no Mrs. Jones. My husband and I would love to have a few children, but after years of trying, we think it’s just not going to happen for us.”

Mrs. Jones eyes narrowed to a twinkle as she held Emily in her gaze. Emily couldn’t look away. Ugh! Why had she just shared that bit with Mrs. Jones? Something that personal can’t be taken back once it’s said out loud. Mrs. Jones smiled.

“I have a dreamtime story to tell you, love. It’ll take just a minute. My mum told it to me, and her mum before that. Many many years ago, a time before time, the great rainbow serpent who brought the wet seasons and floods, also deposited spirit children in pools of water across the land. The women who waded in the water became pregnant…” Mrs. Jones tilted her head, raising her eyebrows as if waiting for it all to sink in. “Every Sheila in my family has waded in that water. I can tell you it’s the dinky-di.”

“You think I should go to Australia and wade in some pool of water?” It all sounded a bit crazy to Emily.

“Well, you’ll never know unless you give it a fair go. She’ll be right.” Mrs. Jones smiled and gave her a wink.

Emily quickly changed the subject to the weather. But she couldn’t forget their conversation or Mrs. Jones’ dreamtime story. What if a dip in a pool on the other side of the world could make her dream come true. She had to try…”give it a fair go” as Mrs. Jones would say.

Emily settled in near the window, buckled her seatbelt and leaned her head on her husband’s shoulder. It was a long flight. She’d best catch a nap, if that was even possible. Tomorrow she would be wading in some magical pool in Northwest Australia. Mrs. Jones told her exactly where to find it. On the edge of town just past the Boab tree.

A short story in response to RonovanWrites Friday Fiction Challenge. There’s nothing flash about this piece, but since there is no word limit, I went with it. 🙂 The photo above is the prompt for this week’s challenge. It features a Boab tree found in the Northwest region of Australia. In doing research for this story I learned quite a lot about the Boab trees of Australia as well as their relatives the Baobab trees of southern regions of Africa. If you would like to read other stories, or write one of your own, please click HERE.

Like Loading...
This entry was posted on Saturday, January 9th, 2016 at 11:04 pm and tagged with Baob Trees, Dreamstime Stories, Folklore, Friday Fiction with Ronovan Writes, Legend and posted in Challenges and Writing Prompts, Short Stories (300+ Words). You can follow any responses to this entry through the RSS 2.0 feed.
« Sybaritic – Friday’s Word of the Day Haiku
Sunday’s Week in Verse – 10 January 2016 »